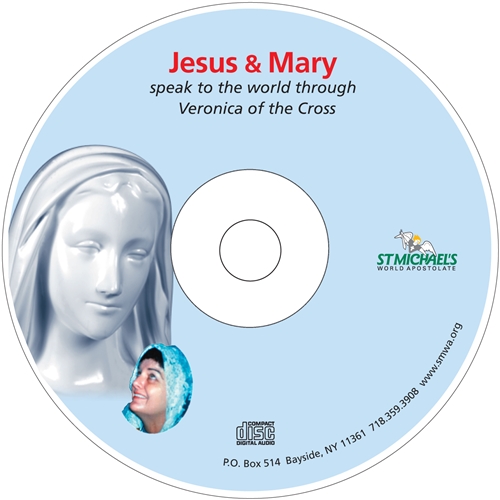 
Our Lady reminds us that man was created (conceived) by the Holy Spirit in the womb, and laments that men of the cloth have become men of the world who discard this fundamental teaching (John 1:9,13) and who now "work among precepts for man." Heaven asks that all convents be free of television and radio and that they return to spirituality. We are reminded that AIDS was sent as a plague from God to cleanse homosexuals of their disorder, whereby they are given a chance to reflect on their sin and repent before this disease takes them down. Moreover, Our Lady promised She will give the world a cure for AIDS as soon as the homosexual community renounces its gay lifestyle. We are reminded again that our nation is surrounded by Russian submarines, which are being armed from Cuba.

Jesus and Mary speak to the world through Veronica of the Cross
From 1970 to 1995, Jesus and Mary would speak through their servant, Veronica of the Cross. Veronica would be in a state of ecstasy in which she would see and describe the Blessed Virgin and Her Divine Son.  At Their direction she would repeat out loud the message They would give her while her voice was being recorded.  Nothing was missed.  What you hear is Veronica's voice but it is Heaven speaking through her.